China: A Century of Revolution

In 1986 Ambrica Productions began China: A Century of Revolution, a series of three feature-length documentaries that explore the turbulent history of 20th century China.

The first film, China in Revolution, describes the epic upheaval that began in China with the fall of the last emperor in 1911. Over the next four decades, the Chinese people were caught up in struggles with warlords, foreign invasion and a bitter rivalry between the Chinese Communist Party and the Nationalist Party. The film highlights the two figures who came to shape events, Chang Kai-shek and Mao Zedong. First they worked as allies to unite the country and then they fought a bloody civil war that was won by the Communists in 1949.

The trilogy continues with The Mao Years, a look at the next period of modern China’s history: Mao Zedong’s rule, from 1949 to his death in 1976. The film begins with the celebrations marking the establishment of the People’s Republic of China, a moment of great hope for millions of Chinese. But the quarter-century of Mao’s rule was as turbulent as the decades which preceded it. Interludes of relative calm and increased prosperity were interrupted repeatedly by violent campaigns, purges, and a famine in which killed more than 30 million people. It culminated in Mao’s colossal and tragic experiment, the Great Proletarian Cultural Revolution. When Mao died in 1976, people were exhausted by the turmoil and longed for stability.

What happened next could never have been anticipated and forms the story line for the final film of the trilogy; Born Under The Red Flag examines China’s remarkable transformation after Mao’s death. In just 15 years, under Deng Xiaoping’s leadership, China raced forward at an astonishing pace to become a never-before-seen hybrid of communism and capitalism. The world’s most populous nation has reinvented itself, changing from a relatively undeveloped and isolated nation into an economic giant and a major international power. For many Chinese, this transformation has brought unprecedented prosperity, but it has also raised troubling questions of national identity and social inequality.

“The film provides exactly the sort of long-range socio-political context that Western news organizations seldom bring to breaking events. Moreover, it does so with a visual integrity that is simply stunning…”
— The Boston Globe
“What is remarkable about this documentary film is not only that it contains rare footage chronicling those turbulent years, but also that the archival footage is enlivened by the film-makers’ interviews with people. The recounting of their personal experiences brings history closer to the audience and provides authentic details in a breathtaking panorama.”
— The Asian Wall Street Journal
“It’s what a documentary should be: rigorous, eye-opening and educational in the best sense of the word…Through the use of archival footage and superb interviews with witnesses writer/producer/director Sue Williams has somehow managed to avoid every possible pitfall.”
— New York Post
“Remarkable…a chronicle of achievement, misadventure, cruelty and havoc.”
— The New York Times
“Sue Williams, the writer/producer/director of 1989′s award winning China in Revolution 1911–1949, returns with an equally engrossing and much more appalling sequel, The Mao Years 1949–1976.”
— New York Magazine
“You don’t need expertise in Chinese history to appreciate the craft of ‘Born Under the Red Flag.’ With its unwavering journalistic depth and narrative drive, the documentary should wow anyone with an interest in contemporary cultures — or fine television.”
— San Francisco Examiner
“This vivid history of 20 tumultuous years is at once an appreciation of the society’s strides toward a better life for many of its people and a condemnation of the unyielding grip of the Communist Party bosses.”
— The New York Times
“This film’s depiction of the events leading to the 1989 Tiananmen Square massacre is painstaking and ever-thoughtful... As the ferment grows throughout late ’80s demonstrations, Born marches assertively toward its tragic denouement without a pious note.”
— Philadelphia Inquirer 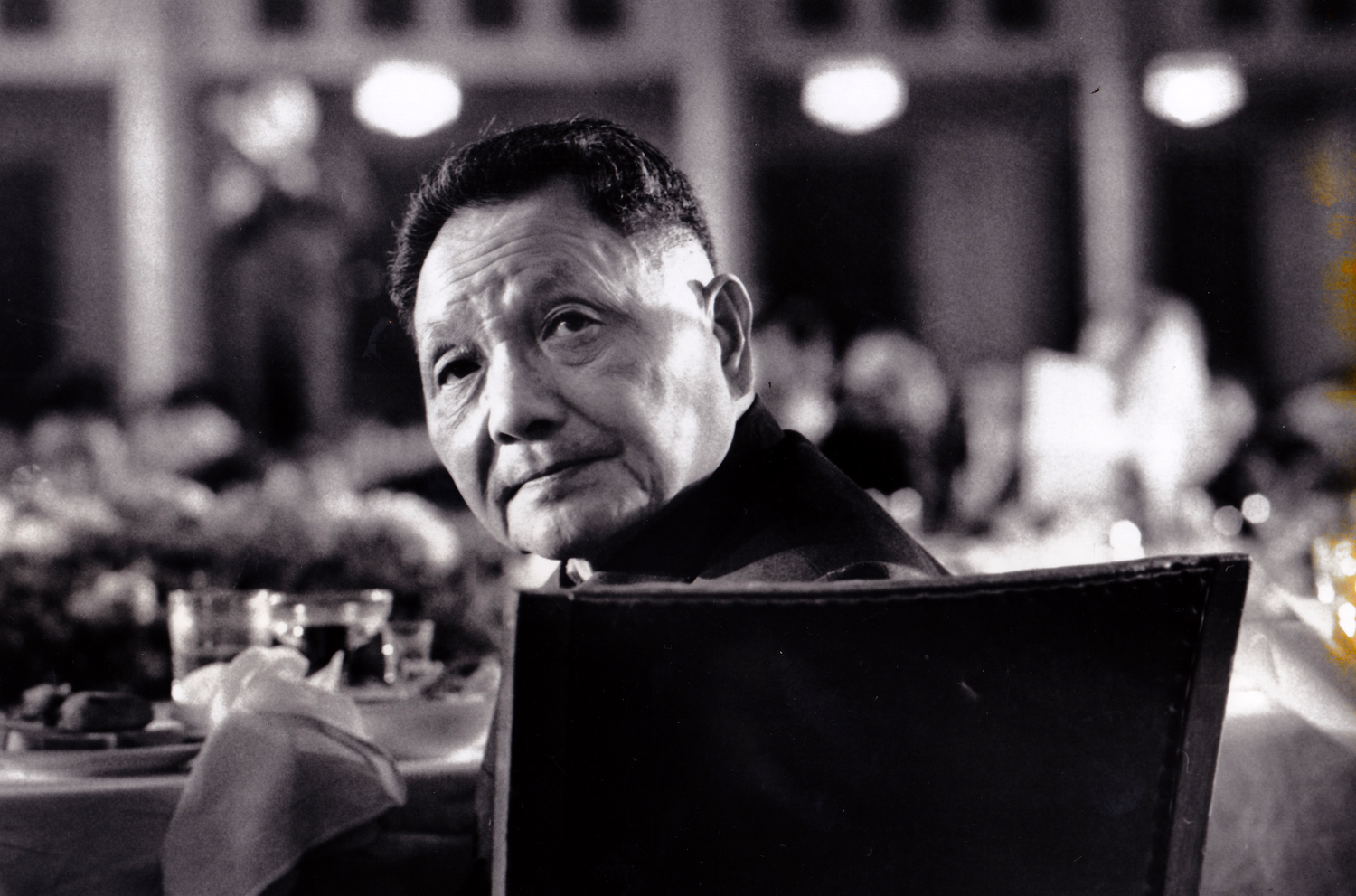 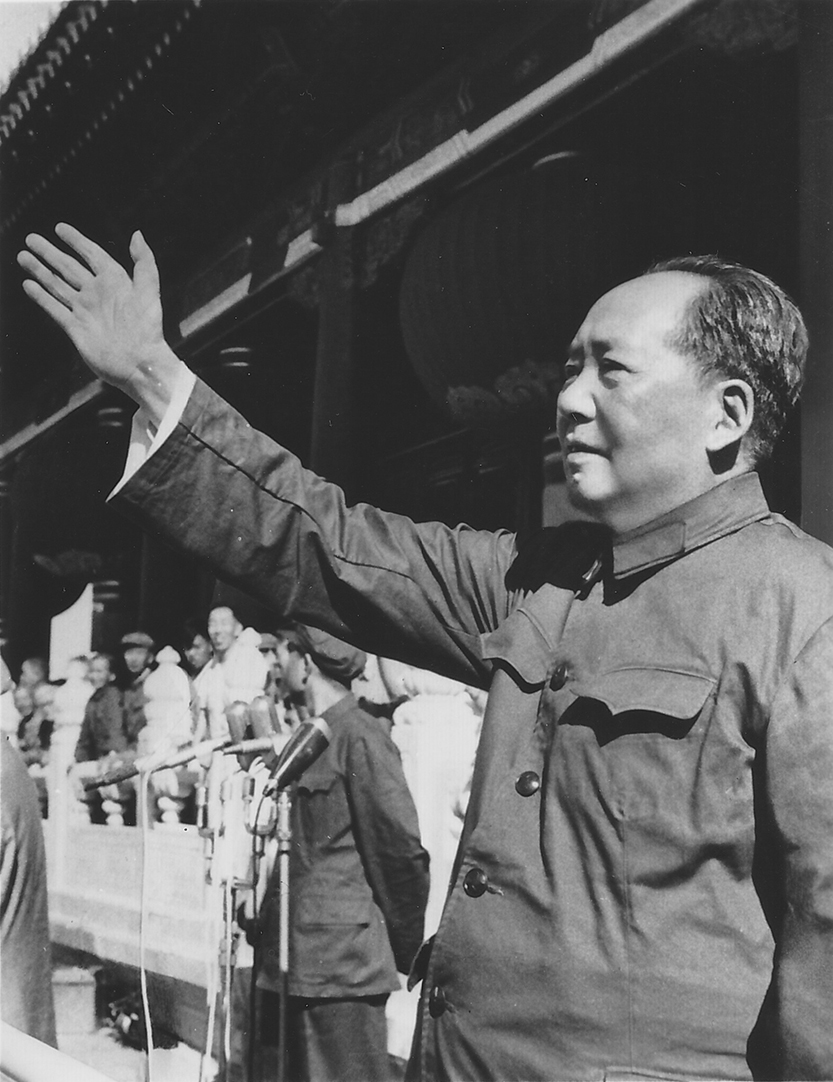 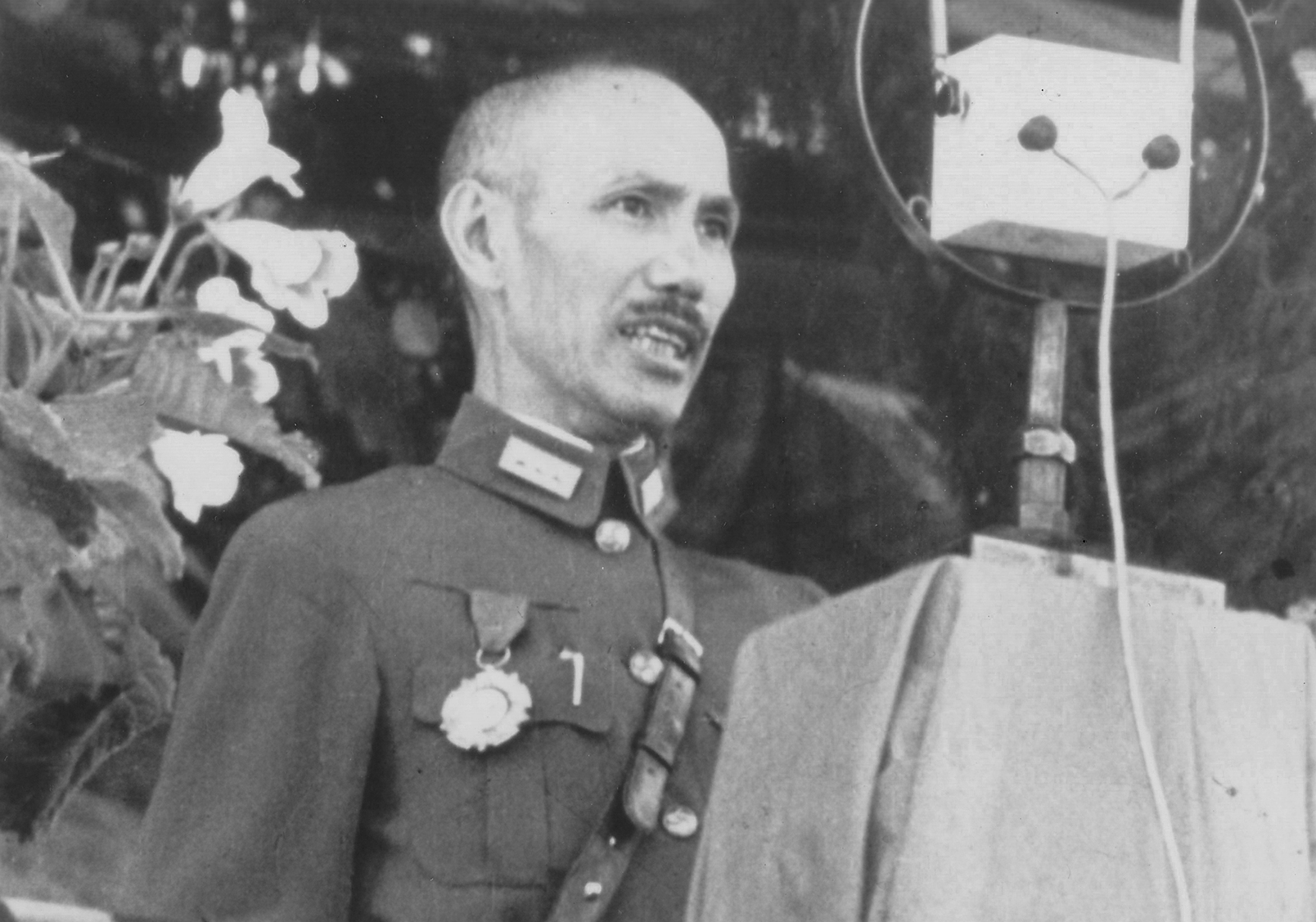 Chiang Kai-shek, China's leader overthrown by the Communists in 1949. 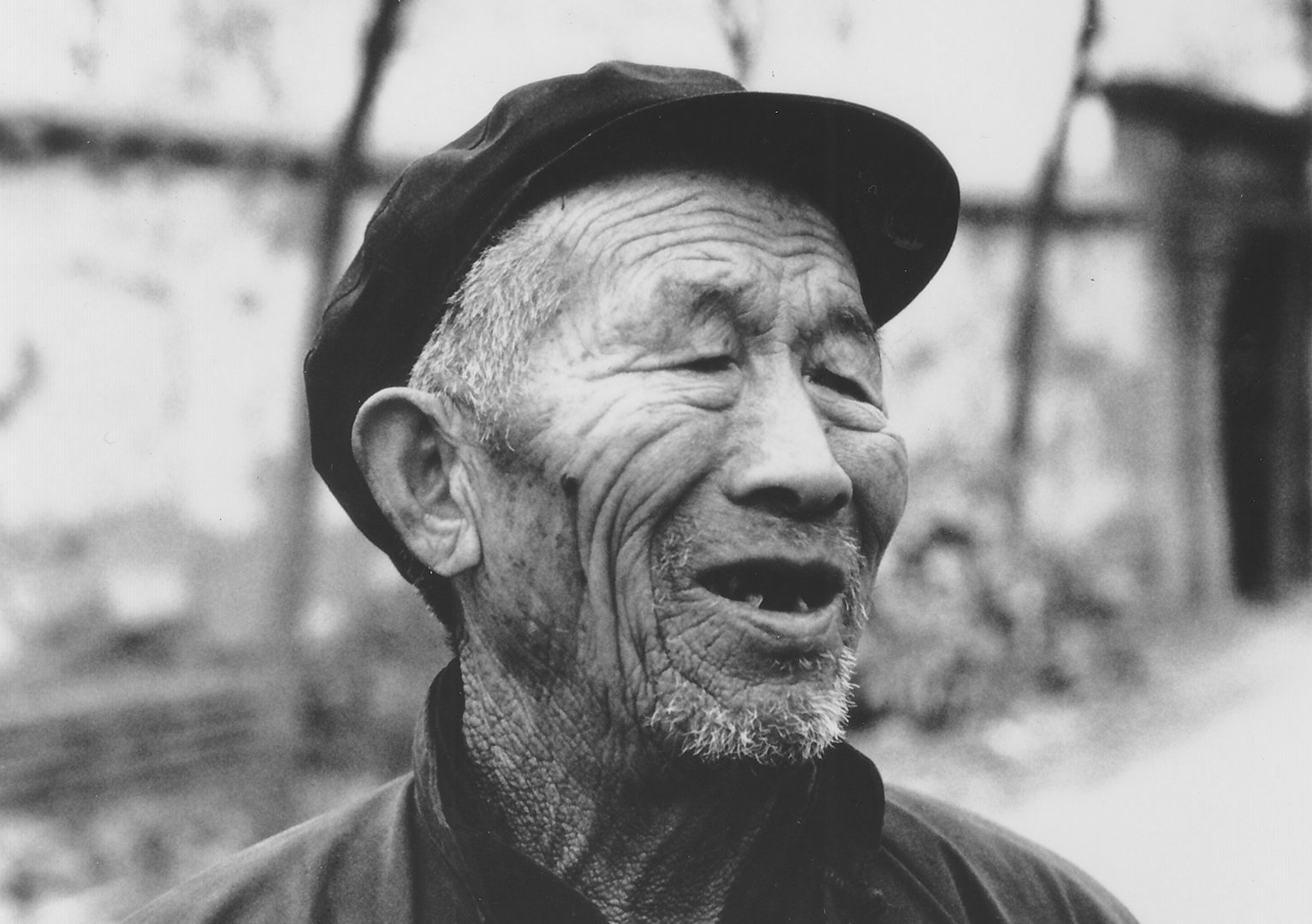 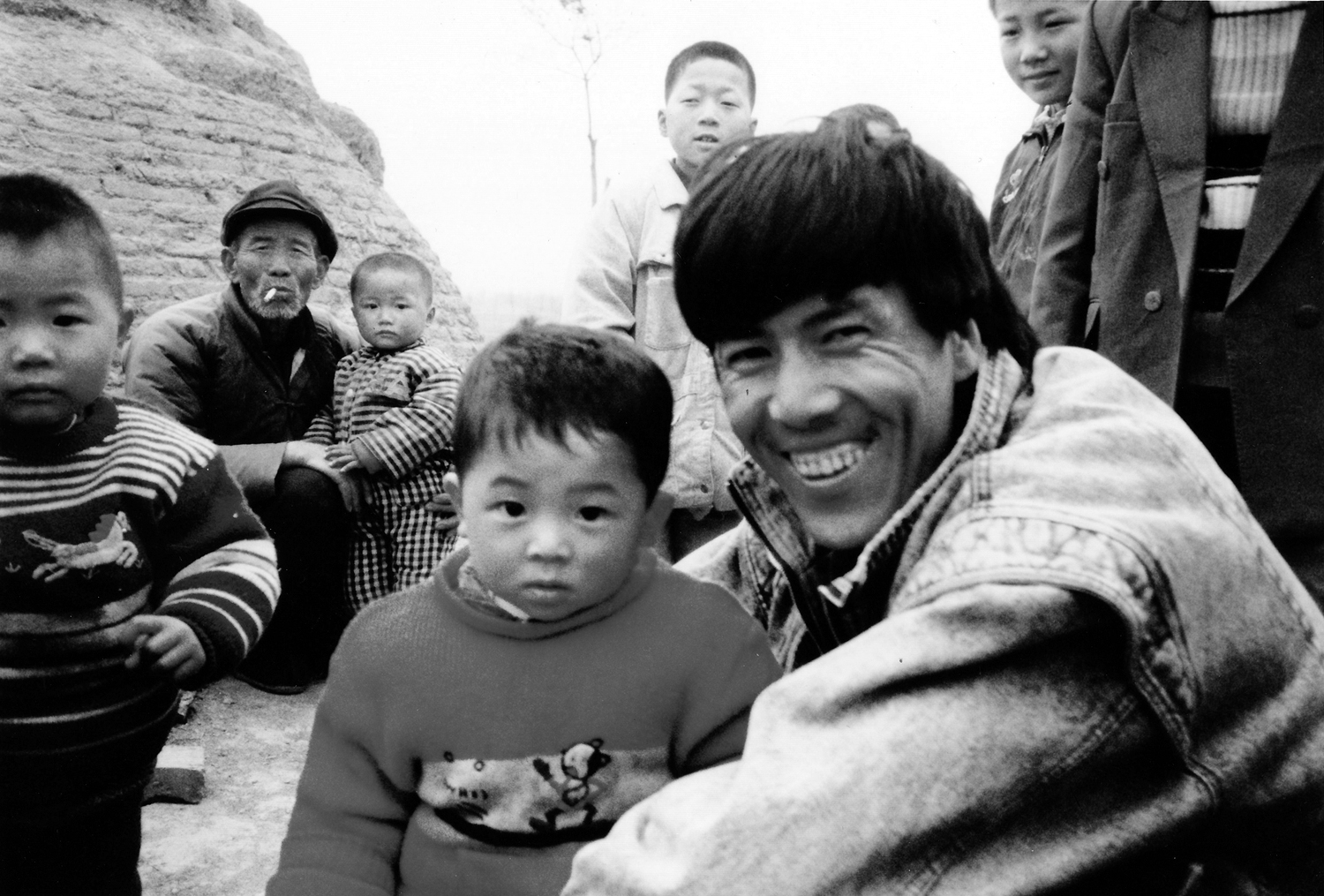 Xiao Zhao, a farmer and his family. Born Under the Red Flag. 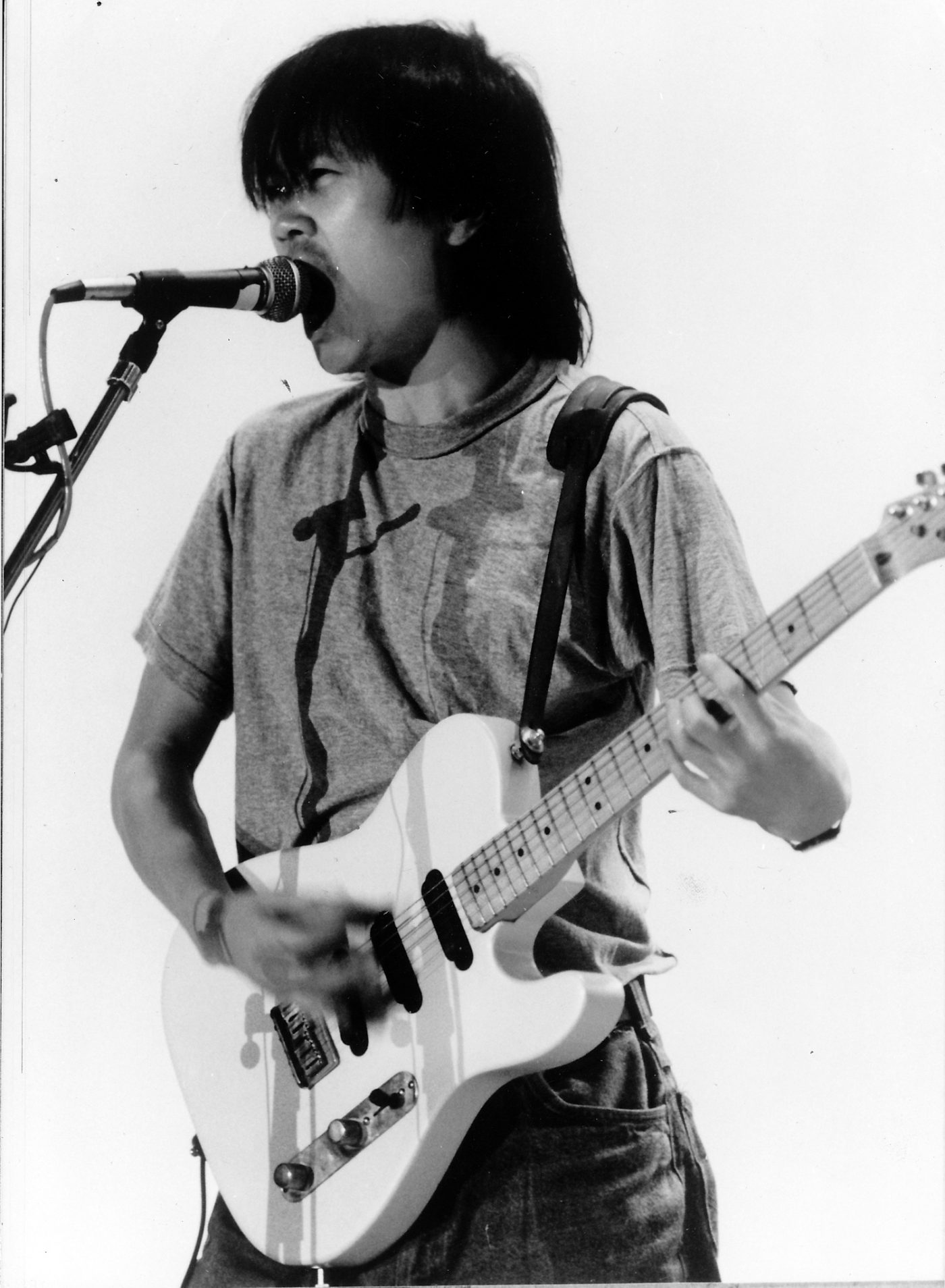 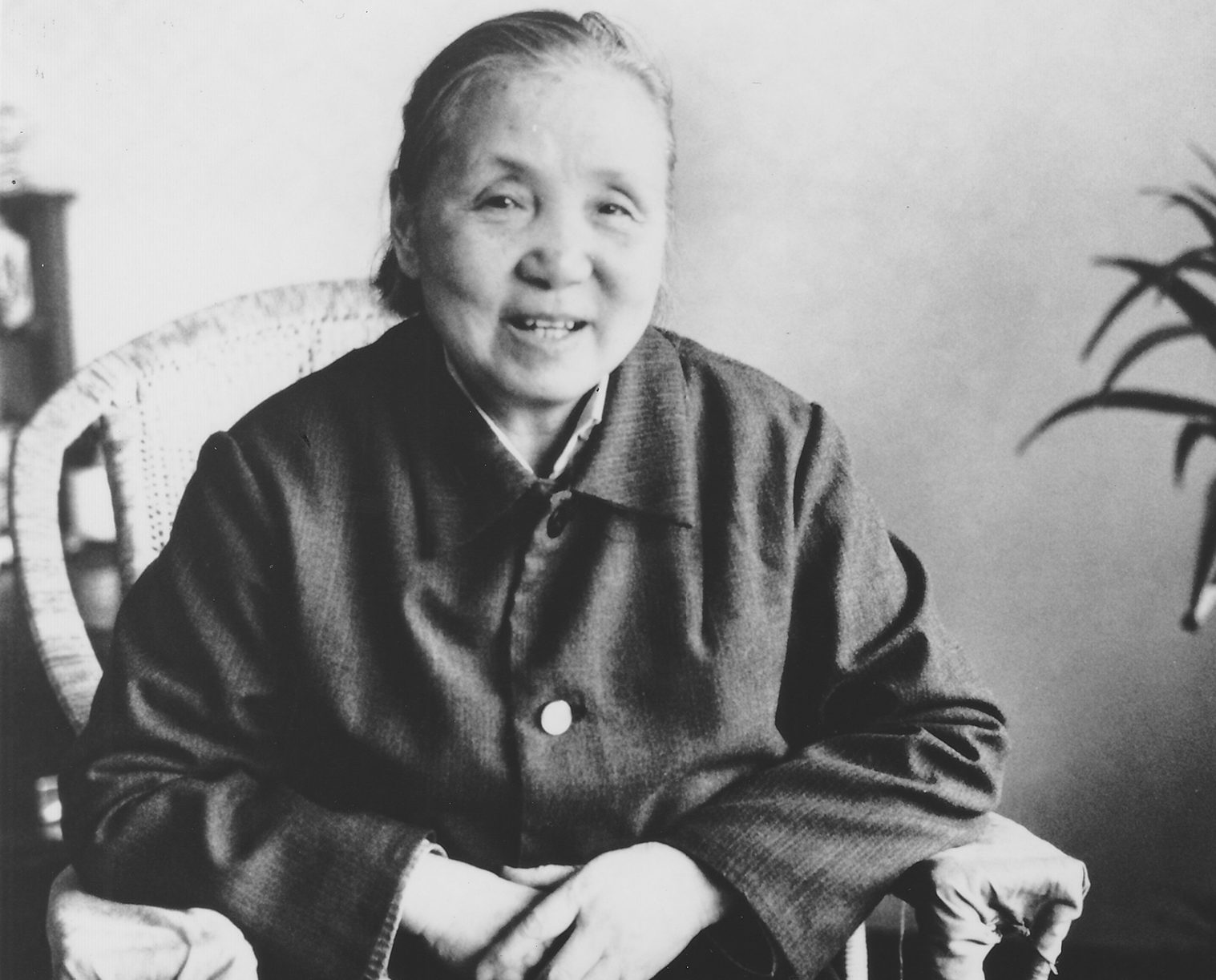